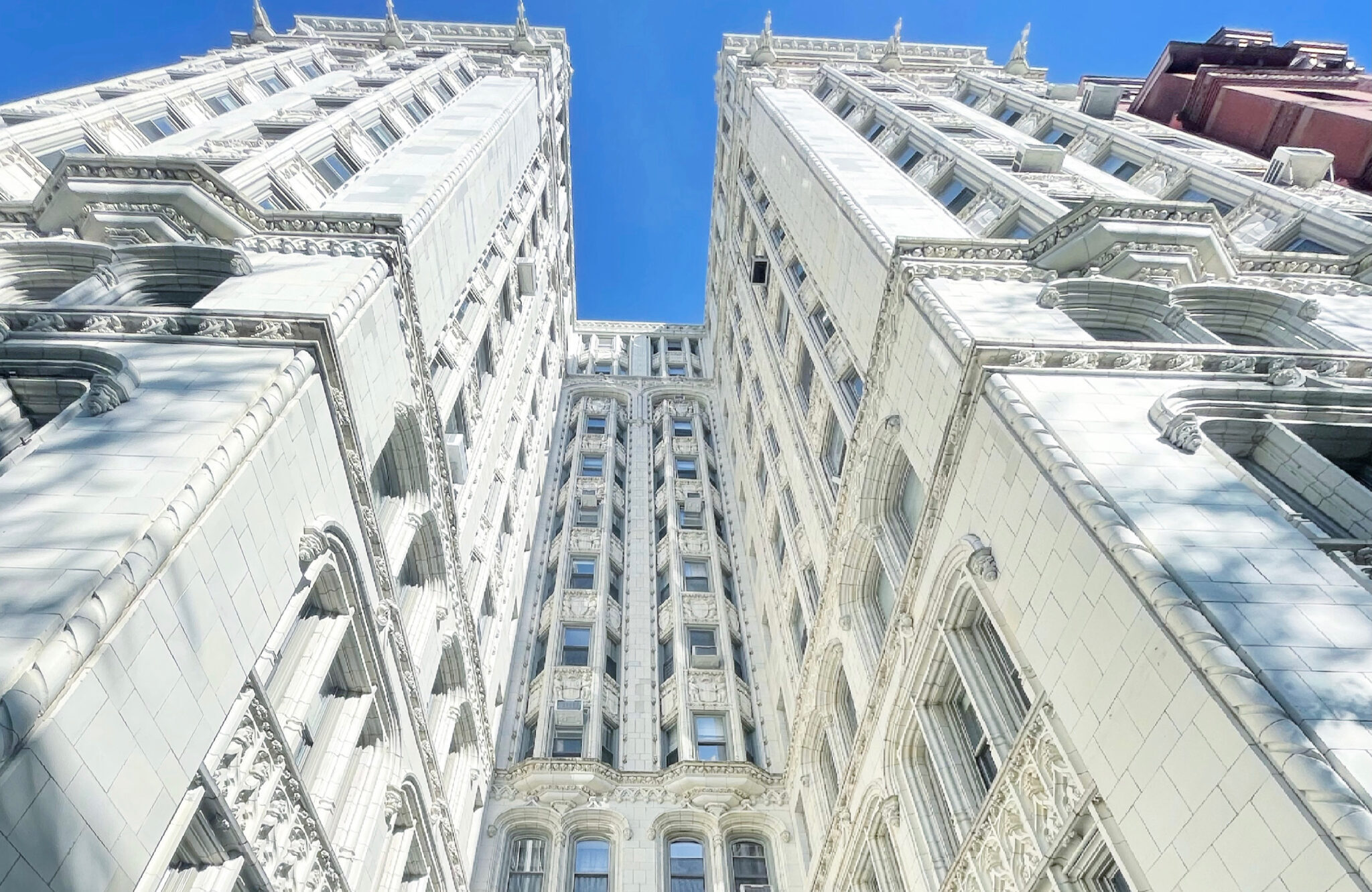 In the 1840’s, wealthy New Yorkers began constructing elegant brownstone homes around Gramercy Park. The land, was originally owned by Peter Stuyvesant and his lineage of heirs until most of it was bought off by James Duane, the first mayor of New York after the Revolution. Gramercy Park was once called Gramercy Farm and in place of the condominium that we know today as 36 Gramercy Park East, there once stood a demolished Sanderson Family Hotel.

In 1909 the new owner, L. Rodney Berg, planned to build a high-class fireproof apartment building with 24 apartments. James Riely Gordon was put in charge to design the building emulating French Gothic style, cladding the façade with the inexpensive white terra-cotta which easily molded into the detailed gothic arches, colonnettes, shields, cherubs and gargoyles.

At a time when there was a wide-spread fear of buildings catching fire, terra-cotta led a strong marketing point of being “fireproof”. The central entrance courtyard resulted in a U-shaped building, with the effect of two towers. Above the large cornice of the twelfth floor stood stylized knights holding shields. At the time, apartments sold between $8,900 to $12,000 while some rented for $2,350 to $3,168 a year.

Penthouses were later added in 1917, invisible from the street which resulted in removing most of the terra cotta knights along the cornice. Over the years, even celebrities became residents of the building; such as John Barrymore, Daniel Chester French, Alfred Ringling, Eugene O’Neill and other socialites that appeared regularly in the society pages.

Gramercy Park Club owned the building until its bankruptcy in 1946 which then resulted in the units being broken into 53 smaller rental apartments. In late 2009, when Mann Realty Services owned the building along with the Apthorp on the Upper West side, the property management firm filed plans with the city to convert the 36 Gramercy building into a condominium.The most recent full restoration was done in 2017 by CTA Architects, P.C. making the incredibly ornate 36 Gramercy Park East remain an architectural jewel and a grand example of the heyday of the terra-cotta age of the early 20th Century.